The group of hackers known as ‘fail0verflow’ has discovered a vulnerability in the gaming console Nintendo Switch that could be exploited to install a Linux distro.

The hackers announced their discovery in a post on Twitter, the published an image of a console running the Debian Linux distro after the hack. 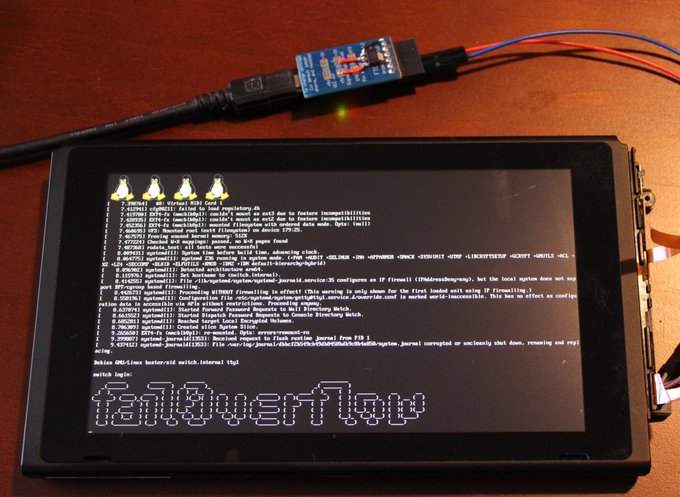 The fail0verflow group revealed that the exploit triggers a flaw in the boot ROM process of the Nvidia Tegra X1 chip that powers the console, if confirmed the issue cannot be solved with a software o firmware update.

When asked if they have built the hack on nvtboot the group No closed-source boot chain components were involved.

Discovery of a flaw in the Boot ROM opens the door to the hack of the console for other purposes, for example to the piracy.

In a next future, hackers could find a way to install homebrew apps and pirated games on the Nintendo Switch.

On the other side, Nintendo could work with Nvidia on new secure Tegra X1 chips, as a temporary solution it could ban users with hacked consoles to ban these users from online play.

dim Fév 11 , 2018
The Winter Olympics Games Organizing Committee is investigating a cyber attack on the event’s Internet and Wi-Fi system. The attack was carried out 45 minutes before the opening ceremony on Friday night in South Korea. According to the Committee’s spokeswoman, Nancy Park, the country’s Ministry of Defense and a cybersecurity team is investigating […]