Facebook has begun releasing a controversial app for its Android and iPhone (iOS) users which is a free VPN program from Onavo, an Israeli company bought by Facebook in October 2013, which promises to protect users’ browsing data. However, the program is accused of monitoring user traffic and tracking the major competitors of Mark Zuckerberg’s company.

The promotion of the VPN application can be found on the Facebook sandwich menu for Android and iOS under the name of Protect, as published by TechCrunch. By clicking on the option, the user is redirected to Google Play or the App Store to download the program to the mobile phone. In stores, the program sells itself as optional data protection and saving the consumption of mobile internet. But, researchers say the purpose of software is different.

Gizmodo calls Onavo a corporate spyware while in August, a report published by the Wall Street Journal revealed how Facebook would be using Onavo’s VPN to take advantage of competitors. News sources reported that Mark Zuckerberg’s social network already knew of the decline in Snapchat use in late 2016 even before its official release in February 2017.

Like other services in the category, Free VPN Protect creates a private network that encrypts the user’s browsing traffic on the Internet. During the process, however, the program redirects the information to Facebook’s servers, which record the actions in its database. 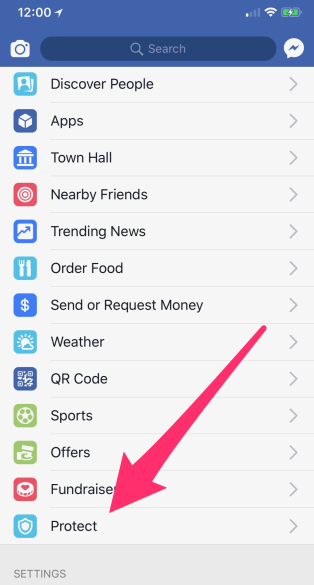 With this information in hand, Facebook can discover data such as what apps people are using, how often, how long, and whether the program is used by more men or women in that country. In addition, the social network can even know the number of photos tagged or posted by a regular user during the week if the original traffic is not encrypted.

Although it is difficult to know the exact number of users of the Onavo VPN application, the number of downloads of the program is quite significant. By August, the estimate was that the app had been downloaded 24 million times, mostly on Android. Now, with the advertising inside Facebook, the trend is that the number increases.