Bristol Airport says the flights are not affected and asked passengers to come early for check-in and boarding. The affected system had been isolated but added no arrivals or departures had been affected.

The airport spokesperson said “no ransom to be paid for attackers to get back the system working again. The indications are that this was a speculative attempt rather than the targeted attack on Bristol Airport.”

Spokesman James Gore said: “We believe there was an online attempt to target part of our administrative systems and that required us to take a number of applications offline as a precautionary measure, including the one that provides our data for flight information screens. That was done to contain the problem and avoid any further impact on more critical systems.” 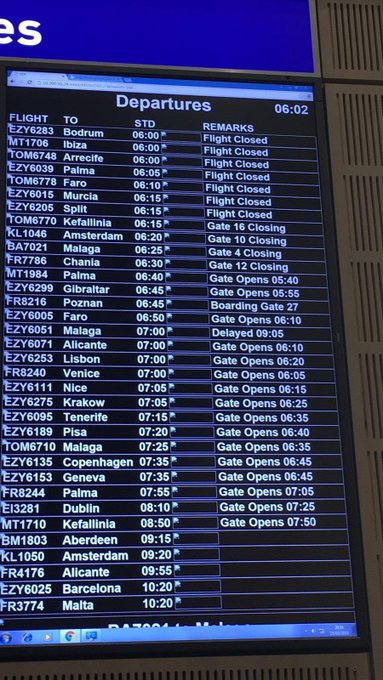 “We are grateful to passengers for their patience while we have been working to resolve issues with flight information this weekend. Digital screens are now live in arrivals and departures. Work will continue to restore complete site-wide coverage as soon as possible.”

Recent threat reports indicate the return of ransomware attacks at regular campaigns, it is a turnkey business for cyber criminals, and it become a billion-dollar industry that shows no signs of going away anytime soon.