Proofpoint researchers recently discovered a new downloader malware in a fairly large campaign (millions of messages) primarily targeting financial institutions. The malware, dubbed “Marap” (“param” backwards), is notable for its focused functionality that includes the ability to download other modules and payloads. The modular nature allows actors to add new capabilities as they become available or download additional modules post infection. To date, we have observed it download a system fingerprinting module that performs simple reconnaissance.

On August 10, 2018, we observed several large email campaigns (millions of messages) leading to the same “Marap” malware payload in our testing. They shared many features with previous campaigns attributed to the TA505 actor [1]. The emails contained various attachment types:

The campaigns are outlined below: 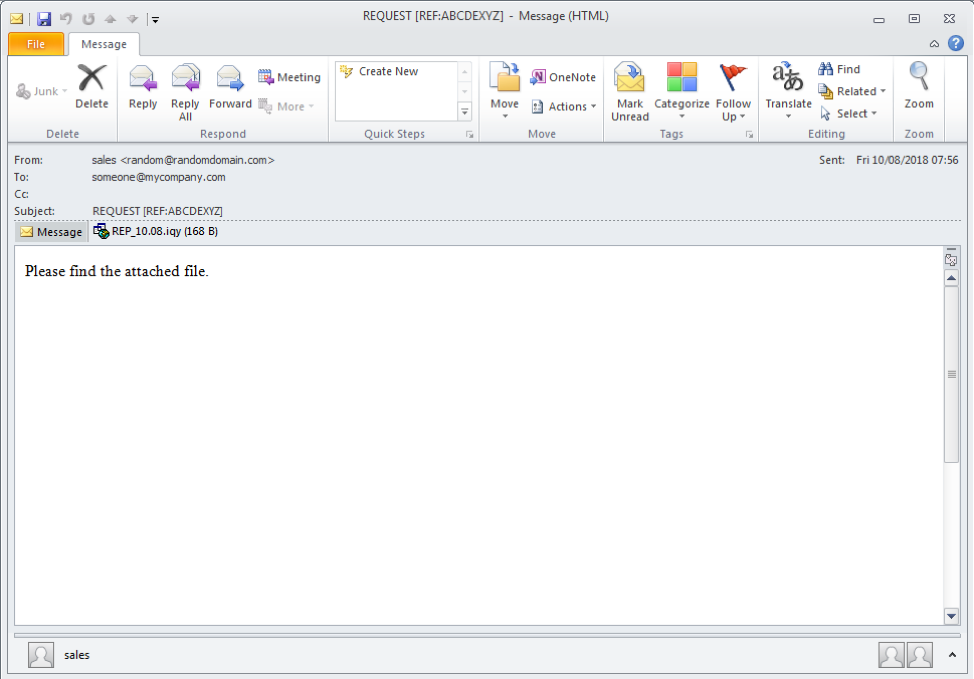 “Major bank” “.iqy” attachment campaign: Messages purporting to be from ‘ »[recipient name] » <random_name@[major bank].com>’ with subject « IMPORTANT Documents – [Major Bank] » and attachment « Request 1234_10082018.iqy » (random digits, campaign’s date); note that this campaign abuses the brand and name of a major US bank and has been obscured throughout the example. 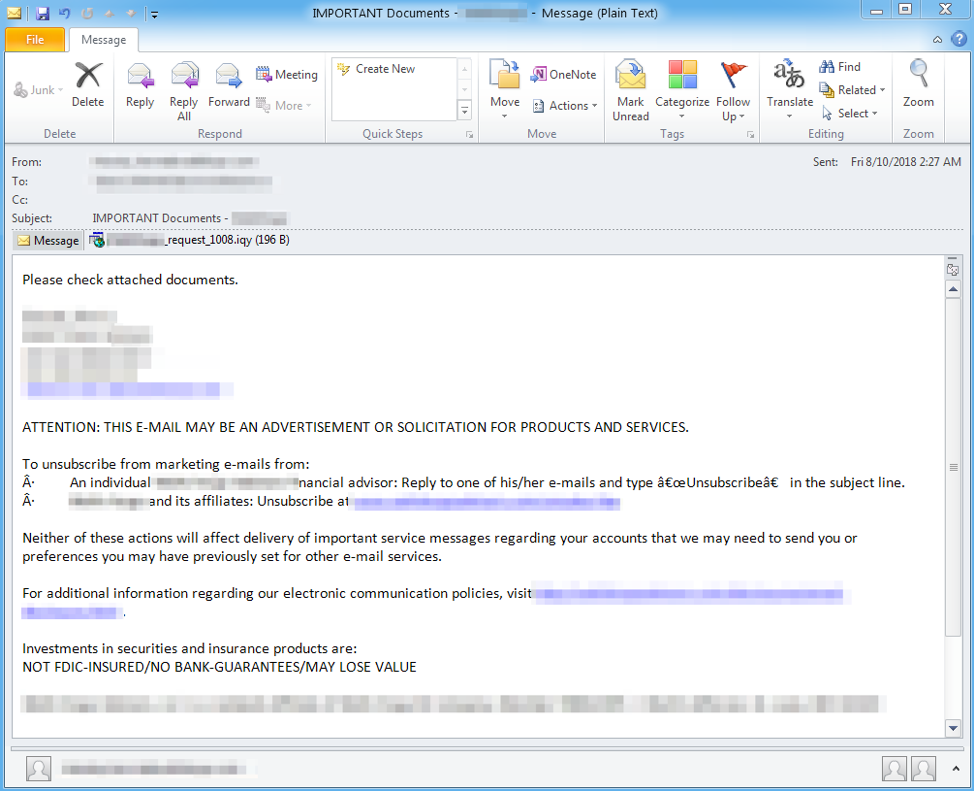 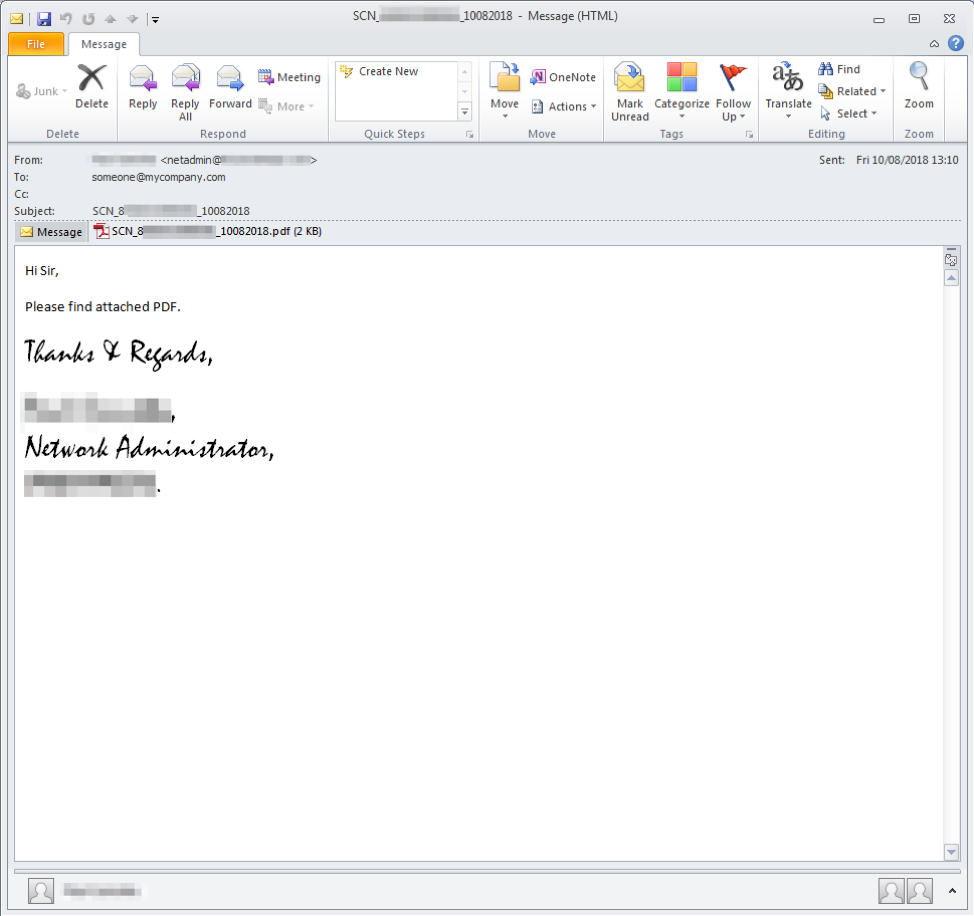 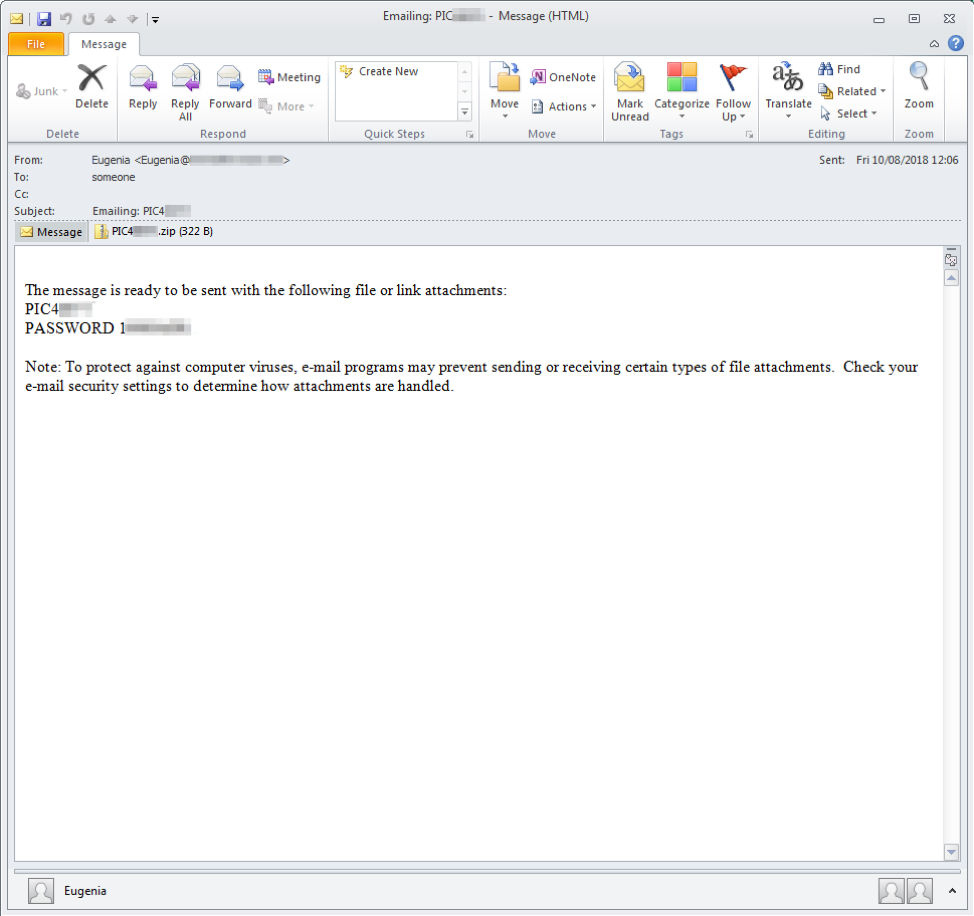 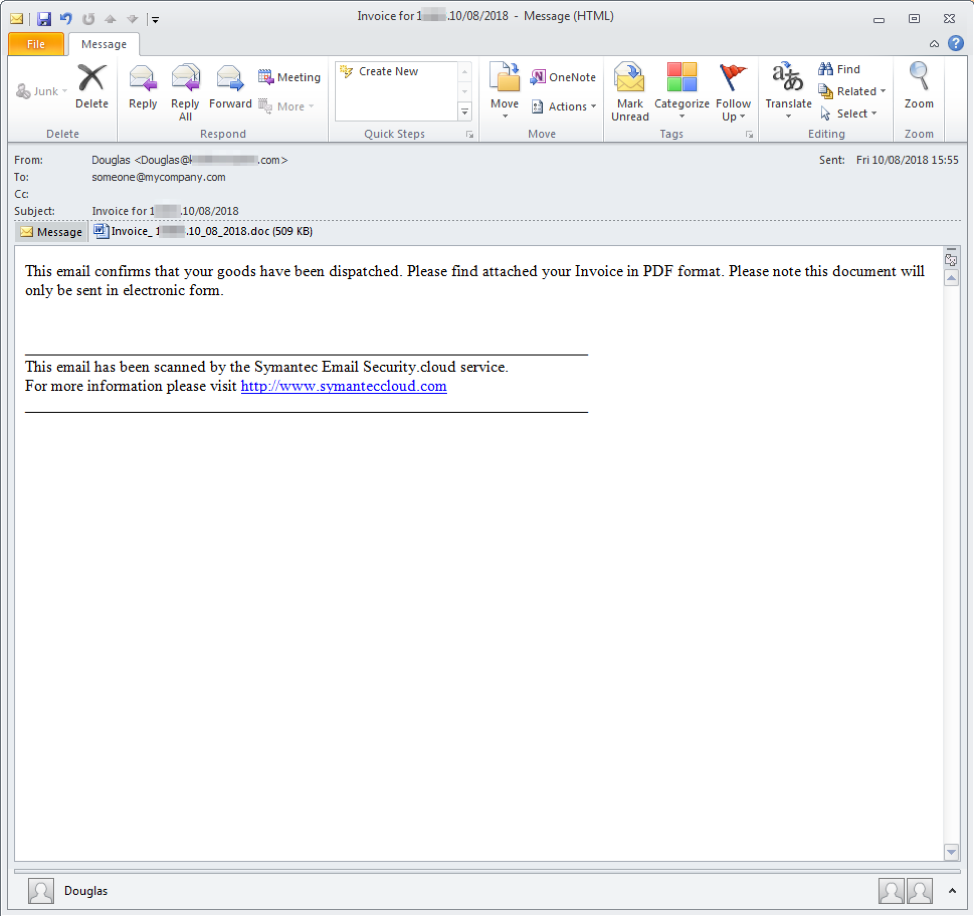 As noted, Marap is a new downloader, named after its command and control (C&C) phone home parameter “param” spelled backwards. The malware is written in C and contains a few notable anti-analysis features.

Most of the Windows API function calls are resolved at runtime using a hashing algorithm. API hashing is common in malware to prevent analysts and automated tools from easily determining the code’s purpose. This algorithm appears to be custom to Marap. Our implementation of the hashing algorithm in Python is available on Github [3]. It is likely that the XOR keys used in our code will be different in other samples.

The second anti-analysis technique is the use of timing checks at the beginning of important functions (Figure 6). These checks can hinder debugging and sandboxing of the malware. If the calculated sleep time is too short, the malware exits.

Most of the strings in the malware are obfuscated using one of three methods:

The last anti-analysis check compares the system’s MAC address to a list of virtual machine vendors. If a virtual machine is detected and a configuration flag is set, the malware may exit.

It is pipe-delimited and contains configuration parameters for:

Marap uses HTTP for its C&C communication but first it tries a a number of legitimate WinHTTP functions to determine whether it needs to use a proxy and if so what proxy to use. An example C&C beacon is shown in Figure 7 below. 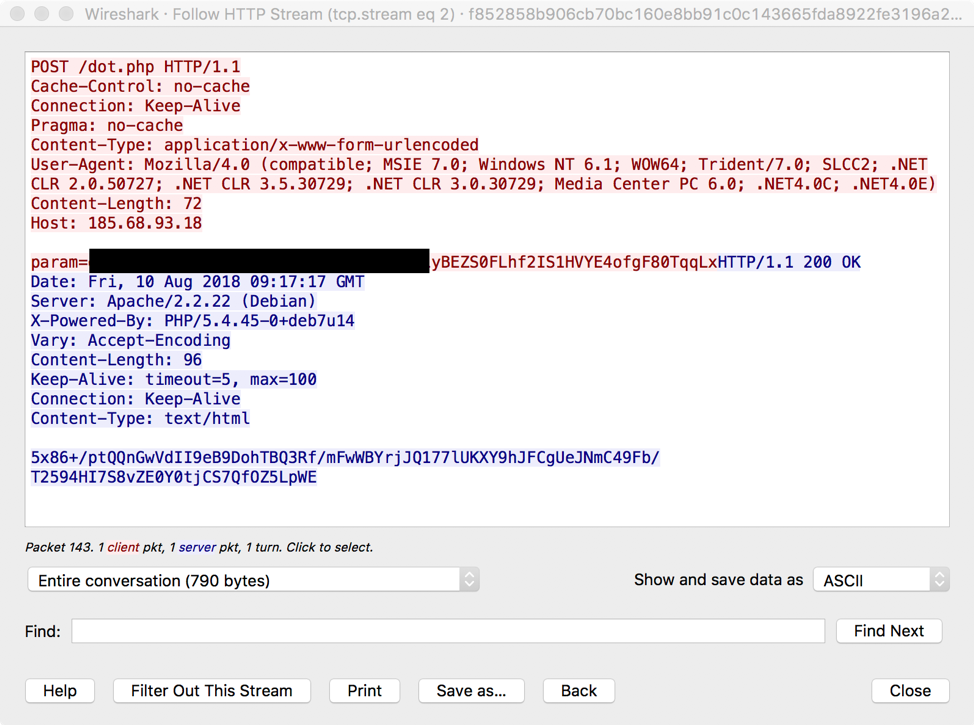 The request contains one parameter — “param” — and its data is encrypted using the same method as used for the configuration, with the addition of base64 encoding. An example of the plaintext request looks like:

It is pipe-delimited and contains the following:

The response is encrypted similarly and an example decrypted response looks like:

It is “&”-delimited and contains the following:

After command execution a response message can be sent back to the C&C. It is pipe delimited and contains the following:

At the time of publication, we have only seen a system fingerprinting module being sent from a C&C server. It was downloaded from “hxxp://89.223.92[.]202/mo.enc” and contained an internal name of “mod_Init.dll”. The module is a DLL written in C and gathers and sends the following system information to the C&C server:

As defenses become more adept at catching commodity malware, threat actors and malware authors continue to explore new approaches to increase effectiveness and decrease the footprint and inherent “noisiness” of the malware they distribute. We have observed ransomware distribution drop dramatically this year while banking Trojans, downloaders, and other malware have moved to fill the void, increasing opportunities for threat actors to establish persistence on devices and networks. This new downloader, along with another similar but unrelated malware that we will detail next week, point to a growing trend of small, versatile malware that give actors flexibility to launch future attacks and identify systems of interest that may lend themselves to more significant compromise.