While the Magento brand is mostly known for the open source online store CMS of the same name, Adobe was mostly interested in Magento Commerce, an online-store-as-a-service platform.

Adobe plans to embed the Magento Commerce platform into the Adobe Experience Cloud offering, allowing it to compete with similar B2B and B2C store-building services provided by Shopify, Oracle, and Salesforce.

The transaction is expected to complete by the end of Q3 2018. Development on the open source platform will continue as before.

Adobe is already a few steps behind its competition

Before the acquisition, Magento boasted of having a community of over 300,000 developers, but BuiltWith market share shows that Shopify has a larger install base. 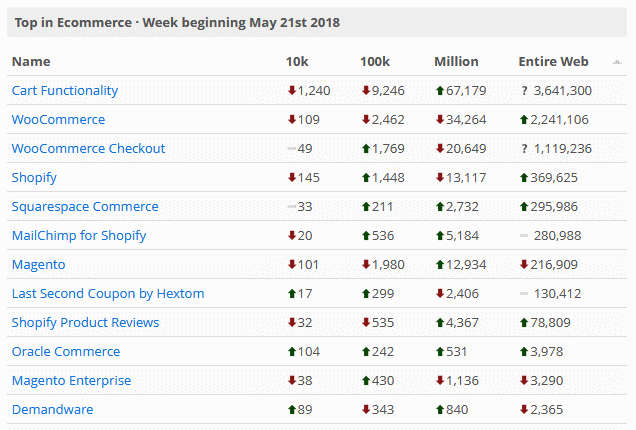 Shopify’s larger install base is due to its longer life on the market for cloud-hosted online stores. Shopify launched in 2004. On the other hand, Magento has only been on the e-commerce cloud market for only two years.

Magento was initially released as an open-source product in 2008, under the development of Varien, Inc. The company released an on-premises commercial edition with more features and improved support for larger companies, under the name of Magento Enterprise Edition. Magento devs didn’t release a cloud-based platform until April 2016.

During this time, Magento also changed hands a few times. eBay bought a 49% stake in Varien in 2010, and later a majority stake in 2011. eBay then spun off Magento into its own company in 2015, under the tutelage of the Permira equity fund for an initial investment of $200 million.

The $1.68 billion price Adobe paid to Permira shows just how much the cloud-based e-commerce market has grown.

Companies can simply let Magento (Adobe) handle the infrastructure, updates, and technical tidbits, while they focus on creating the store using a large list of built-in themes and plugins, and then keep it stocked with products. For these reasons, most analysts see the market of cloud-hosted online stores going up in the coming years.

Tech giants are all working on new Spectre and Meltdown attacks, so-called variant 3 and variant 4

mer Mai 23 , 2018
Yesterday AMD, ARM, IBM, Intel, Microsoft and other major tech firms released updates, mitigations and published security advisories for two new variants of Meltdown and Spectre attacks. Spectre and Meltdown made the headlines again, a few days after the disclosure of a new attack technique that allowed a group of researchers to recover data […]