A report released today by US cloud security and compliance solutions firm Armor shines a light on the prices practiced on Dark Web markets for a wide range of cybercrime-related services.

The report, compiled by trawling several well-known Dark Web markets, shows a slight increase in pricing compared to the prices reported by the Dell SecureWorks INTEL Team in 2013, 2014, and 2015. 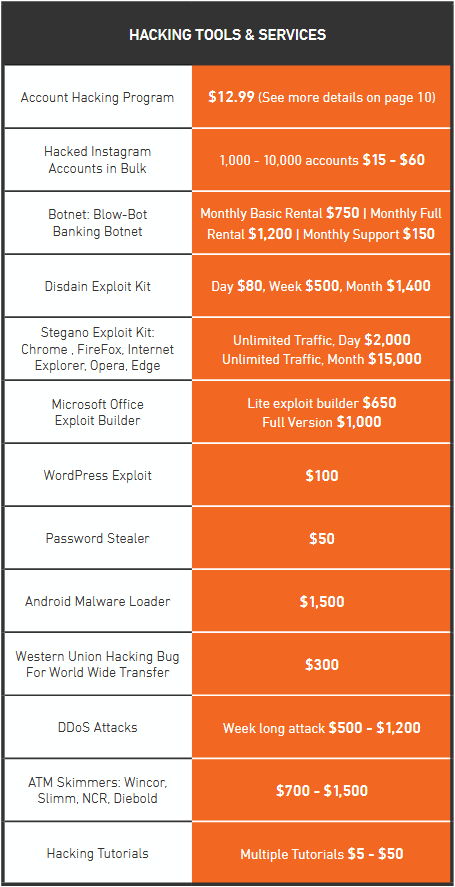 But by far the most prevalent item you can find on the Dark Web has remained carding data. Data is organized and sold based on the victim’s origin country.

Fraudsters can also buy access to compromised bank accounts. The prices for these accounts vary depending on the amount of money they hold. Crooks use banking trojans to gain access to these accounts, and fraudsters buy this access in order to initiate fraudulent transactions with the money stored within. Fraudsters make a profit by reselling the products bought using the victims’ funds.

But users can also find fake documents on the Dark Web. These include forged IDs, passports, driver’s licenses, US green cards, drug prescriptions, bills, bank statements, and so on. Passports, IDs, and driver’s licenses are usually the most expensive, with North American documents being the most pricey. 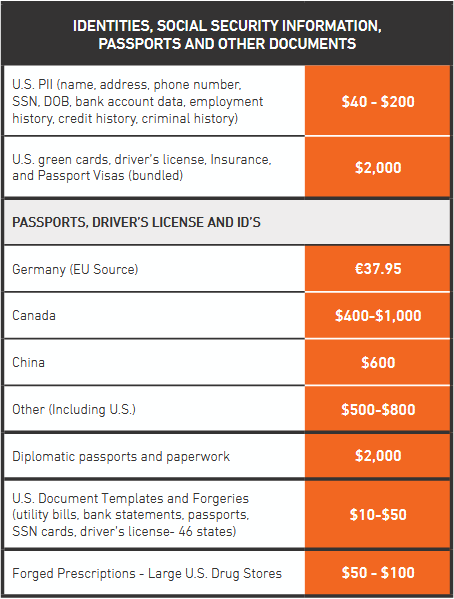 Accounts at EU-based airlines were also available, and hackers were also selling access to hotel awards points accounts for prices of up to $140.

To  read the original article:

mer Mar 21 , 2018
f you are unaware, the security standard HTTP Strict Transport Security (HSTS) can be abused as a ‘supercookie’ to surreptitiously track users of almost every modern web browser online without their knowledge even when they use « private browsing. » Apple has now added mitigations to its open-source browser infrastructure WebKit that underpins its […]