Skip to content
Security researchers have discovered 13 critical Spectre/Meltdown-like vulnerabilities throughout AMD’s Ryzen and EPYC lines of processors that could allow attackers to access sensitive data, install persistent malware inside the chip, and gain full access to the compromised systems.

All these vulnerabilities lie in the secure part of the AMD’s Zen architecture processors and chipsets—typically where device stores sensitive information such as passwords and encryption keys and makes sure nothing malicious is running when you start your PC. 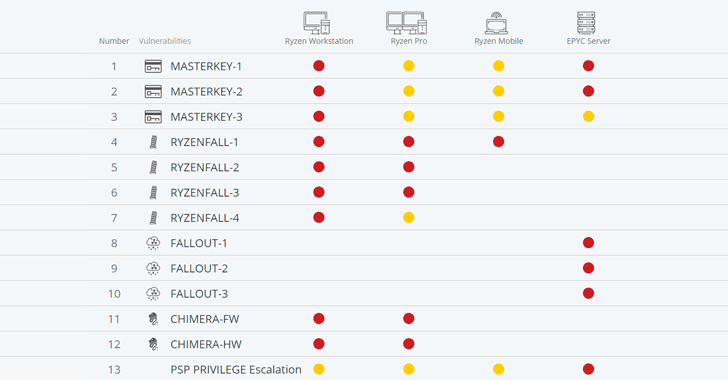 AMD’s Ryzen chipsets are found in desktop and laptop computers, while EPYC processors in servers. Researchers successfully tested the vulnerabilities in 21 different products and believed 11 more products are also vulnerable to the issues.

Here’s the brief explanation of all the vulnerabilities: 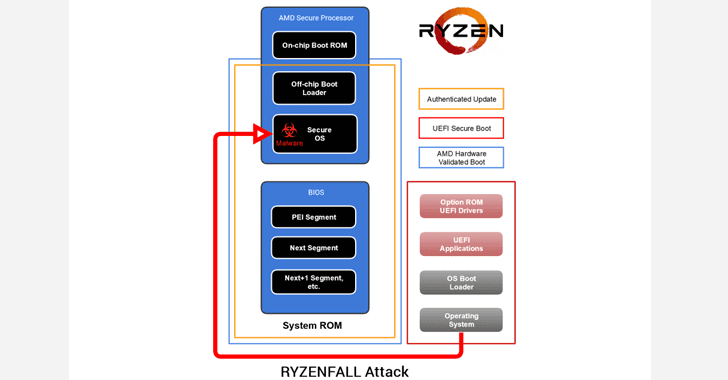 Attackers could also use RYZENFALL to bypass Windows Credential Guard and steal network credentials, and then use the stolen data to spread across to other computers within that network (even highly secure Windows corporate networks).

RYZENFALL can also be combined with another issue called MASTERKEY (detailed below) to install persistent malware on the Secure Processor, « exposing customers to the risk of covert and long-term industrial espionage. »

These vulnerabilities reside in the bootloader component of EPYC secure processor and allow attackers to read from and write to protected memory areas, such as SMRAM and Windows Credential Guard isolated memory.

mar Mar 13 , 2018
MOSQUITO is new technique devised by a team of researchers at Israel’s Ben Gurion University, led by the expert Mordechai Guri, to exfiltrate data from an air-gapped network. The technique leverage connected speakers (passive speakers, headphones, or earphones) to acquire the sound from surrounding environment by exploiting a specific audio chip feature. Once […]